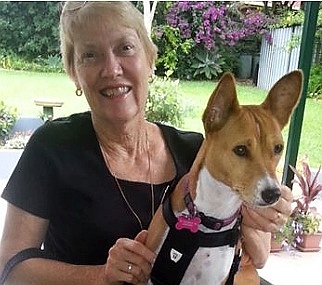 During HADA’s October board meeting, Jeanie Young, the present Project Officer, gave a quick snapshot of a few projects and the challenges they face for the future.

A considerable number of our projects have been unable to function normally because of restrictions within the country. Staff have used this time to do cleaning and make plans and preparations for when they are able to re-open. Some of the ex-pat staff left the project when covid 19 arrived and are unable to return until borders open. International travel is on hold and this has greatly hampered Medical Training in Africa and Asia AFR-500. Some PBI projects have majored on supplying food to people in their project (KHM-500) or to those in the community who are suffering because of lack of work and income and starving (Nepal, Uganda, Zambia).

A Memorandum of Understanding has been signed by Pastor Afeef on behalf of “Arabs for the Arabs” through whom we direct funding for the Syrian refugee’s disaster and also the Beirut disaster. Our founders, Neil & Jeanie Young, have met him and have been relating to him for a number of years in relation to the disasters. They are very quick to acknowledge funds transferred to them and provide good reports.

The manager, Jan Buchanan, works under extreme stress as in one of her recent emails… “Each day I’ve had to spend 2 hours counselling with Marco, who was supposed to be helping me. His brother, aged 32, died suddenly about 10 days ago. Then 2 days later, his cousin, a JCY gang member, was attacked by his own gang and hit repeatedly on the head with rocks. He’s in a Cape Town hospital fighting for his life. Marco has struggled with anger, a natural part of grief, but dangerous in someone with a murder record. I’m blessed that he chose by himself to go to the man who did the attack, in front of armed gang members, to extend forgiveness. He’s now struggling with other family issues. To top it off, the gangs have started shooting again, and one Uitbyter, the gang we’ve been working with, has been killed. The shooting triggers PTSD in many people there.” Along with the difficulty of the local situation Jan has the frustration of govt departments closed and being unable to obtain permission to put up the building and construct toilets. The cost goes up and up and up.

Manager Des Willmott is always frustrated by the apparent lack of accountability of people in the country and their unwillingness to look at different ways of doing things. Des has the skills to train locals in many areas of food production and farming, but the locals are reticent to change.

All schools are on-line in India and there has been an urgent need for funds to provide the children with computers as well as upgrade their IT systems. Ashir is asking for funds to be sent as they become available, which is understandable in their situation.

You can sense the excitement from Corrie and her team as they restore the building they have purchased. They continue to assist the homeless with the provision of food, clothing, showers, first aid etc and in the future will be looking at setting up businesses for those who have gone through drug/alcohol rehabilitation and are interested in working and starting a new life.

Nine of our projects were advised of potential help to plant edible food plants in their areas and access to Food Plants International Inc website.