From HIV to Haus Pikinini

Construction of an Orphanage in Wau town, Morobe Province

In “better” times it was not unusual for children in PNG to be left without parents through disease, divorce, law & order problems and sometimes just abandoned. It was never a great problem as most children were drawn into the web of the extended family and were looked after by other family members. This affiliation with the family and tribe is very strong and was known as the “wantok” system.

However, the scourge of HIV has left many children abandoned and ostracised by family members, as their parents or at least one of the parents has died and the surviving parent is struggling with sickness and poverty.

HIV is not recognised as a sickness but as a curse and sorcery and relatives fade away instead of supporting the parent and children. It has turned the basic human reaction like comforting a sick child into a potential death sentence and the fear of HIV is becoming even stronger than family ties.

P4K-PNG has taken up the challenge to create a home for these children in WAU, operated by our PNG Director Donna Harvey-Hall.

This will be family orientated where children will be cared for in domestic surroundings rather than an institutional type of environment.

The land is waiting to be surveyed so that an area of 5 acres can be donated to the project. This is where the new building will be but at present, we are starting in buildings that are being given rent-free for the use of the project.

The Why of Orphanages

Orphanages are an important part of any society. Too often children find themselves in a situation where they don’t have parents to take care of them. The reasons are many, in our case HIV, but the end the result is the same: they become kids with nowhere to go and no way to get the proper care they need. This is why orphanages are so important. They create an environment where kids are able to be cared for and not just in the way of basic necessities. In that, they can have the sort of love and compassion that they need from a family environment as well as a good education to provide them with a pathway to follow as they get older.

The main objective of the orphanages is to create a positive, loving environment in which the abandoned and neglected children feel at home and cared for, as a basis for social and professional development and to stop them becoming the criminals of tomorrow. In short, we aim to give these children a sense of worth.

A significant effort is being invested in re-socializing the children after they come in. Often there is initial mistrust of adults due to abuse, and also a normal social framework has not been built in their early childhood. Apart from the practical perspective, this is also where education and community involvement plays an important role. Our PNG director is very well known in this community and most, if not all, of the children, are very eager to come to us.

In addition, all children are significantly behind their age groups with respect to schooling and education and in general, find it difficult to be assimilated into normal schools. The carers we have identified have very advanced English language skills and extra tuition will be given to children who are struggling to keep up in the classroom.

If you would like to assist these children in developing into worthwhile citizens you can donate using one of the EziDebit buttons on this page.

DONATE TO THIS PROJECT
Donate to This Project
PNG-010 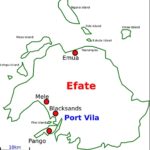 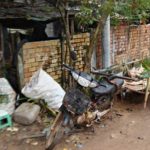 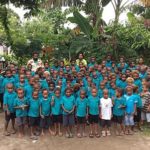 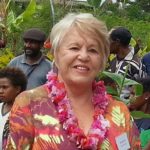 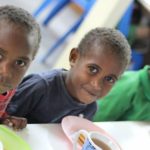