MEDICAL Training in Africa was approved as a project with HADA in 2011. Prior to this, it was mainly Drs Judith Goh and Hannah Krause who volunteered in developing countries, particularly in Africa, treating women with obstetric fistula and incontinence together with upskilling local health practitioners. Since that approval was given, and with the donations received, we have been able to expand our services and treat more women. Recently the work was extended to Asian countries and some benevolent activities were undertaken to enhance the project.  For this reason, the Project Code has been changed to AFR-500 while the work remains basically the same.

Utero-vaginal prolapse is a common problem in Australia and Africa. However, in Africa, the women are also socially isolated and often ostracized from family, in particular, their husbands. It costs $215.00 to treat each woman with a prolapse. This includes travel to and from hospital, food and all hospital costs.

Engender Health, a USA organisation ceased its funding for fistula women in 2013. With donations to Medical Training via HADA, we were able to raise funds to continue to treat these women. It costs $324 for each fistula woman. As a woman in rural Africa usually earns less than a dollar a day, the cost of surgery is beyond her means. Each time we visit Uganda for example, we do up to 40 prolapse surgeries and 70 fistula cases. We have been going over to Uganda at least twice a year.

Obstetric fistula is the most common fistula worldwide. It is caused by prolonged, obstructed and neglected labour. The long labour results in a stillborn baby and severe maternal pelvic injury. An obstetric fistula results in abnormal communication between the vagina and the bladder and/or rectum. This means that women will leak urine and/or faeces uncontrollably into the vagina. These women, who are mostly young and in their first pregnancy, are usually ostracized by their husbands and families.

Medical Training has also contributed to a typhoid campaign. Prior to 2010, admission to hospital in western Uganda with typhoid gut perforation was uncommon. However, since then there has been an escalation of admissions, up to one a day with significant morbidity and mortality. In 2011, Medical Training provided funds for training key community members in villages and health-care givers in ways to reduce typhoid. The campaign was successful in reducing hospital admissions and deaths in the region. A container filled with donated medical equipment was sent to Uganda in 2013 and was distributed to three hospitals (Kagando Hospital, St Paul’s Health Centre and Ishaka Adventist Hospital). Donations of clothing and school satchels were also included to be distributed in a couple of orphanages and rural villagers.

If you want to join our Medical Team to inspire hope for women suffering from obstetric fistula by contributing to the costs, then just click on one of the Donate buttons on this page and follow the prompts.

DONATE TO THIS PROJECT
Donate to This Project
AFR-500 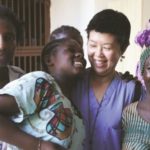 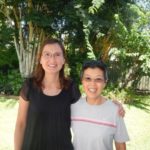 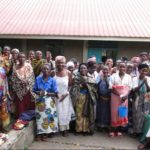 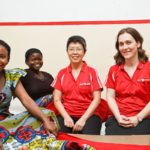