Education for the Orphaned and Disadvantaged

The Grace Care Secondary School Project is located in Nakawuka Village, Wakiso District, Uganda under the supervision of onsite manager Pr Emmanuel Kamuli, an experienced master builder who supervises all building contractors. His previous experience includes building residential houses, government construction projects, and the two primary schools. The land was donated for the project before 2013, but the sub-division of the land delayed the legal land title until December 2016. The project began in 2017 when the architect’s plans were finalized.

With one of the youngest and most rapidly growing populations in the world (48.5% under 14), a GDP per capita of $US 2,400 in 2017 and a mainly informal economy (cash or barter sales) the Government has little to spare for educating the huge numbers of school-age children.

Although the government does try to provide education for all children, the quality is poor with some 100 children per class, limited infrastructure, and low-paid teachers. In practice, many children cannot even access a government school. The situation is worse for secondary education, where census data from 2004 indicates that for every ten students enrolled in primary schools, only one is enrolled at a secondary institution (Wikipedia).

The only vocational schools accessible as an alternative to high school education are limited to those established during the early sixties by the colonial government. These cater to a population of 5 million compared to the current, estimated 44 million.

There are an estimated 5,000,000 (five million) orphans in Uganda, largely the outcome of HIV/AIDS infection among 6% of youth and 8% of marrieds. This number is projected to increase over time. Others are orphaned due to natural parental death due to poor living conditions, limited medical care, dilapidated infrastructure, and poorly equipped hospitals. The maternal mortality of 500 mothers out of 100,000 births only creates more!

Grace Care is a locally run project which has built and operates two primary schools. One school is in Rakai, a very poor area in the southwest of Uganda, and caters for 80 boarders plus 270 day-children. The other school, the Life Care Academy (photo on left), is in Kyamula, a slum suburb in the south of Kampala, which is now attended by 240 day-children. These schools were set up so that orphans and other disadvantaged children could access education. The majority of the children at the schools are either orphans or from one-parent families, with many others having a sick parent.

The Need for a Secondary School

Despite relatively limited facilities, the children are lovingly and well cared for, and educational standards, as measured by the independent, external end of primary school examinations, are among the best in their school districts. However, less than 20% of the first 210 graduates from these schools have been able to access secondary education.

Children graduating from primary school at 12 or13 are too young to access jobs in the formal economy, and unless they can find regular work with caring relatives (usually farm-related work in the country or a street stall in Kampala), they are extremely vulnerable to depression, involvement in criminal activities, and to both physical and sexual abuse. Girls are particularly at risk, as they often end up working as a live-in maid or nanny, and this places them in a very vulnerable position.

Hence the need for a secondary school that can admit graduates from the two primary schools to continue their education.

The school site is at Nakawuka, approximately 30 km southwest of Kampala, and approximately 30 km west of the Lifecare primary school. The Rakai primary school (image right) is 180 km southwest of Nakawuka. Nakawuka is a rural area that is rapidly being encroached on by the sprawling suburbs of Kampala. This makes it a very strategic area for a high school, with a growing local population. The school site is 2.1 acres of gently sloping land, which will permit adequate space for all school facilities.

We intend to complete building the school to accommodate up to 100 children for four years of secondary schooling by the end of 2024.

In order to maintain the charitable intent of the school, at least half the vacancies at the school will be reserved for needy children, either paying no fees or heavily subsidized fees that their guardians can afford. As the school grows, paying students and donations will keep it functioning.

The project fills a significant gap in government-provided education. The youth dominated population will prevent the government from significantly improving its provision of education for many years to come, so this project is vital to ensure that some of the next generations are not condemned to poverty. This is a tailor-made, locally instigated and locally run project and there are no other NGOs or agencies working in this area.

As the school expands the intention is to build additional separate dormitory blocks and convert the first building to classrooms only. Nakawuka is a growing community, as Kampala suburbs have expanded out towards this previously quiet rural village. We can anticipate that in the future there will be an increasing number of day pupils at the school, from the local Nakawuka community. The main structures will be built for easy conversion between dormitories and classrooms, to allow for changing needs. There will always be a need for pupils who come from Rakai to board at the school.

If you wish to donate to this formidable project then please click on one of donate buttons on this page.

DONATE TO THIS PROJECT
Donate to This Project
UGA-022 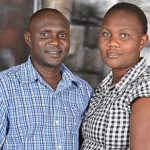 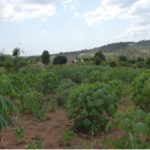 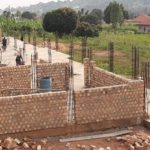 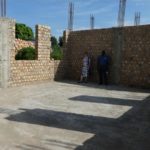 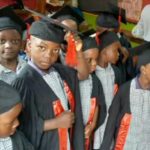 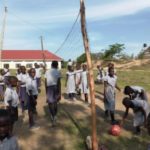 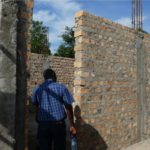