Being self-supporting creates so much joy, dignity and self worth, and very modest prosperity for Rohingya people

When 700,000 Rohingya fled from Myanmar between 2015-2017, not all entered Bangladeshi Government refugee camps as they feared these camps might become prisons.  Zainul believes the number of unregistered Rohingya living outside the camp is close to 100,000 people. They exist in the wider community…without government or NGO assistance or permission for formal employment.

The camps are situated in Teknaf…outside the city of Cox’s Bazaar very close to the river that divides Bangladesh from Rakhine State (land of the Rohingya).  The Bangladeshi Government does not want the Rohingyan to learn Bangla and strictly has no education program for the fast growing Rohingya population.

Rohingya rebels living in the mountains outside the camps carried out devastating massive arson attacks in the camps in January and March 2021 and January 2022…particularly against the Hindu, Buddhist and Christian minorities. Recently, main (Muslim) Rohingya leader was murdered in his office in the camp, presumably because he would not adhere to their radical Islamic demands. The rebels regularly engage in armed combat with police and military and have kidnapped many young women…all of which discourages the Bangladeshi Government from helping the Rohingya people.

In November 2020, Operation Abba began to assist the Rohingya people.  However, due to these devastating arson attacks inside the camps last year, the funding was used for emergency relief and to  provide food for those unable to work during the long lock downs in Bangladesh.

Zainul and Shimtheya lived in Teknaf running literacy classes for unregistered Rohingya children, but because of so many shootings and killings their employer moved them to the city for safety.  Zainul now oversees other teachers who are teaching  computer skills to 5-7 year old Bangla children. They also commenced providing equipment and training to assist unregistered Rohingya people to start up micro businesses to become self sustaining.

To provide start up funds for micro businesses to produce income to help people out of deep poverty and become self sufficient. Good News Church has agreed to support future micro business projects to be a repayable loan that will be paid back into a resource fund to assist other Rohingya. Those who have already in the past received micro loan start up funds will be encouraged to regularly donate into the same fund to help others.

Good News Church in Cox’s Bazaar is formally recognized by the Government. It is not an NGO, but it is a registered charity with the Government and does have full legal freedom to help the poor including unregistered Rohingya outside the camps but not those inside the camps.

Local Managers, Zainul and Shimtheya, will visit the Rohingya people outside the camps and assist those who are able to start up a micro business with start up funding.  The money will go towards training and purchasing resource equipment such as sewing machines/auxiliary equipment, very large thermos plus cups etc. for a pedestrian mobile business serving hot tea or money to start up buy and sell vegetable businesses.

Some of the ladies who received sewing machines and coaching by Rohingya when in Myanmar, are now voluntarily helping to coach others.

The person receiving the start up loan becomes self sustaining as soon as they purchase the equipment and receive training.  This depends on how quickly they develop the skills  before they can start selling their products.

The recipients will be encouraged to see the benefits for their own personal character growth and self respect, through being diligent to pay back the micro loan, which in turn will eventually help others.

Zainul and Shimtheya have been voluntarily purchasing equipment such as sewing machines and delivering them from Cox’s bazaar to Teknaf…one hour forty minute drive… and providing training.  One teenager they met, with terrible burn scars on his body following a house fire lit by the Tatmadaw…that also killed his father…is doing well in his buy-and-sell vegetable business for about 10 months.

Shimtheya testifies of one lady who really struggled with her sewing skills at first, but through patient coaching by Shimtheya, that lady now has an ongoing small wholesale business to a retailer.

For each micro business set up, a family is being helped to become self sustaining. It is expected that 20 to 30 businesses will be funded to start up per year. There are large numbers of single women; widows from Myanmar with multiple children, or they have been abandoned by their husbands. Being self-supporting creates so much joy, dignity and self worth, and very modest prosperity for these people.

Your donations will increase the number of unregistered Rohingya people who can be assisted to start up microbusinesses and become self sustaining. If you wish to assist please click on  “Donate to this Project” on the right sidebar.  Thank you.

DONATE TO THIS PROJECT
Donate to This Project
BGD-530 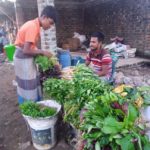 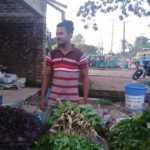 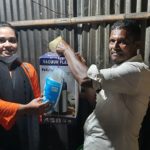 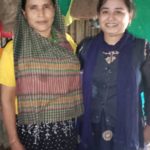 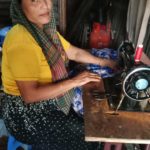 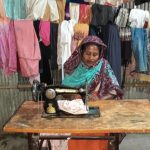 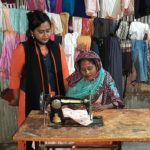 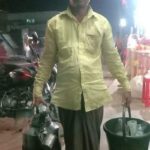 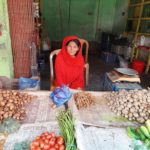 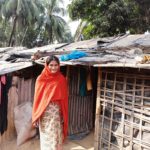 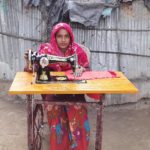 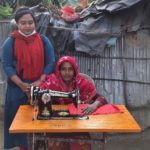 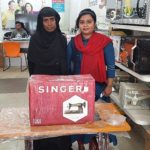 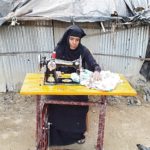